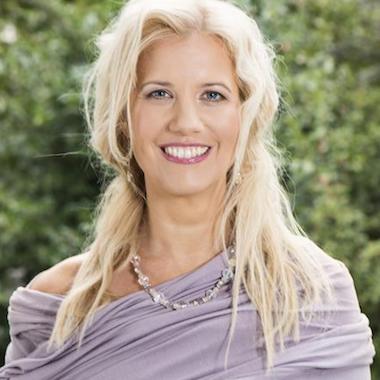 Isabelle von Fallois has had contact with angels since childhood. After a near-death experience at the age of eight her visionary dreams and visions increased. In her adult life she started out as a concert pianist.

Although an interest in spirituality has always been part of her life, it was only because of her life-threatening leukemia in 2000 that she engaged more deeply with angels. Within a short time, she started to hear and see angels and started receiving detailed assignments from the archangels that helped her to regain her health.

Today, Isabelle von Fallois writes, travels all round the world, and gives presentations and workshops. She has written several books that have been German and Italian bestsellers, recorded more than 50 meditations and developed the ISIS ANGEL HEALING®, ANGEL LIFE COACH® Training and MAGDALENE HEALING®. Isabelle has had her own radio show; she has also been featured in many magazines and appeared on several DVDs, in spiritual movies, and on German television.

Following the wishes of her angels she also dedicates time to new media and regularly publishes channeled messages on her fan page on Facebook and on Twitter. With her spiritual work and as a pianist alike, Isabelle would like to open people’s hearts and help them lead a fulfilled life.