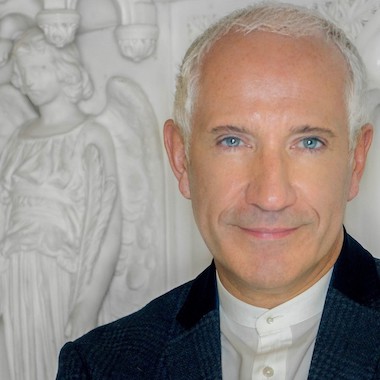 Emissary for the Angels of Atlantis

Legendary Master of Voice, Voice Alchemist and Angelic Emissary, Stewart Pearce, was the Head of Voice at the Webber Douglas Academy London from 1980-1997, and helped pioneer Shakespeare’s Globe Theatre between 1997-2010. He has coached luminaries such as Eddie Redmayne, Matthew Goode, Hugh Bonneville, Mark Rylance, Margaret Thatcher, Mo Mowlem, Benazir Bhutto, Marianne Williamson, the London 2012 Olympic Bid, and Diana, Princess of Wales. In fact, his experience with the princess led him to write his next book scheduled for release in early 2020, Diana: The Voice of Change.

As an Angelic Emissary for over thirty years, Stewart has written “Angels and the Keys to Paradise”, “The Angels of Atlantis” Book and Oracle, the “Angelic Heart Sigils Oracle”, “The Hearts Note” and “The Alchemy of Voice”, alongside several award-winning recordings, such as the Angels of Atlantis Soul Calls.

IN HIS OWN WORDS

I am a Voice Alchemist, Master of Voice and Angel Whisperer. I started my professional life as an actor-teacher and then became the Head of Voice at the prestigious Webber Douglas Academy from 1980-1997, before helping to pioneer the opening of Shakespeare’s Globe Theatre from 1997 to 2010. I have coached many illustrious people within the entertainment, corporate and government industries. Clients include: Simon Callow, Matthew Goode, Hugh Bonneville, Mark Rylance, Evgeny Lebedev, the London 2012 Olympic Bid, Vanessa Redgrave, Minnie Driver, Anita Roddick, Margaret Thatcher and Diana, Princess of Wales.

In 1987 during the harmonic convergence, I received divine transmission from a body of light beings known as the Angels of Atlantis, and since then I’ve created a temple of sound healing, using their radical teachings about the living presence of sound at the core of creation. This body of work is designed to tune the personality of voice with the breath of soul, and is utilized as a healing modality, transmitting the consciousness of love, wisdom and compassion. I brought the work to the College of Psychic Studies in 2007 and have been teaching successful workshops at the College since that time. I also am deeply honored to lead powerful retreats to Egypt annually that are some of the most transformational journeys I’ve ever experienced since stepping onto my spiritual path.

Service to the World

PRE-ORDER HIS NEW BOOK AT